The present home field for baseball, MAZDA Zoom-Zoom Stadium, was completed and opened on 10th April 2009. It has an open infield and outfield with natural grass which is rare in Japan.

In October 2008, Mazda proposed to call the stadium "MAZDA Zoom-Zoom Stadium Hiroshima" for the period between April 1, 2009 and March 31, 2014. On December 24, 2008. Mazda entered into a contract with the City of Hiroshima regarding the stadiums name and made official the abbreviated name "Mazda Stadium. The "Zoom-Zoom" name was a reference to a marketing campaign by Mazda.

The stadium architecture is labelled as a retro-classic ballpark.

It is the home of the Hiroshima Toyo Carp of the Japanese Central League. The team has won the Central League championship 8 times and has also won the Nippon Series 3 times.

Some more facts about the stadium 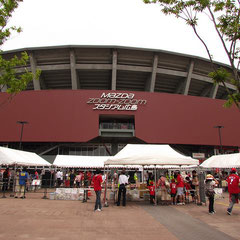 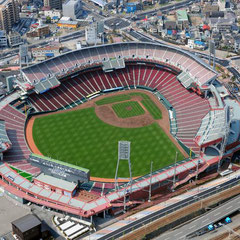